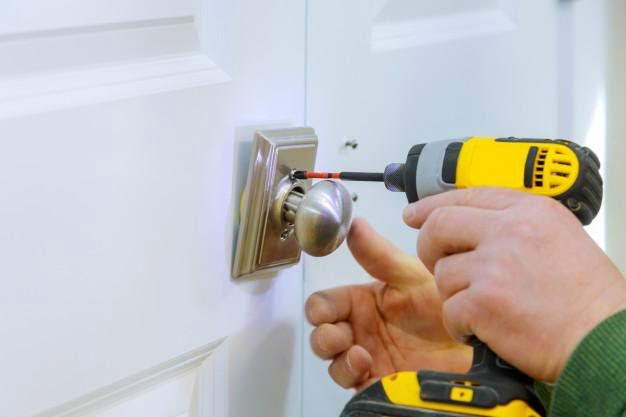 If your padlock breaks, you can be certain it won’t be of any use to you anymore. It will just be a piece of scrap metal. Then again, if you can’t open a padlock, it doesn’t necessarily mean that it’s broken. There are several reasons why a padlock won’t open, and you won’t always have to rely on brute force, prying, drilling, cutting, or burglary strategies. In some instances, a locksmith in Sandy Springs will be able to help you. Several padlock variations are available today, such as U-locks and combination locks. You should also know that every padlock doesn’t utilize a pin tumbler system. If you continue reading, you’ll find some of the main reasons why people struggle with padlocks.

The keyway gets blocked

Usually, padlocks end up getting blocked when the user accidentally breaks the key in them. Apart from the key, folks sometimes poke foreign objects into the keyhole causing a blockage. It may not be visually apparent when and if objects got forced into the key recesses, but you’ll surely notice that the key doesn’t enter the keyhole fully when you try to insert it. If you filled the keyway with a material that breaks up, such as dirt, wood, or foam, a locksmith in Doraville will clean it first to restore it fully. The process can be a bit time-consuming because the professional has to remove all the pieces as the material breaks apart. If there’s an emergency, however, these professionals will avoid picking the fragments and directly resort to cutting the lock open.

The shackle gets jammed

Padlocks won’t open if the shackle gets jammed, even if you unlock it with the key. While you won’t be able to turn the key entirely, the cylinder inside the padlock will rotate halfway. However, if the cylinder spins continuously without encountering resistance of any kind, something else may be causing the problem. Usually, locksmiths point to a broken actuator during situations like these. Shackles get jammed due to a blockage in the shackle hole or a broken component preventing the locking pawl from retracting. Either the locking pawl won’t disengage at all or will remain attached to something else even after disengaging fully. Shackle jamming also happens due to rust.

When the temperature drops below zero, it will freeze a padlock to such an extent that it won’t open. The door locked by the padlock has to be in an area that shows signs of frost. Once the surrounding ice starts to melt naturally, the same thing will happen to the ice in the lock. In some instances, the frost may continue to hold on longer inside the lock, but you can be sure that it’s in the process of melting and will vanish sooner rather than later. It doesn’t matter whether the lock is close to a source of water or not. After all, the moisture content in the air can be enough to prevent a padlock from opening. Even a locksmith in Sandy Springs may not be able to help you here because they can’t control the weather.

The key won’t turn finally if a padlock doesn’t open, and if none of the other problems described here are affecting it, you’ll know the issue is the key. The symptoms of a problematic key are different from the symptoms of a shackle that doesn’t budget. When you insert the key, it won’t do anything at all. It’ll seem as if you’re trying to open the lock with the wrong key. However, if the key doesn’t slide inside correctly, you should check the section on blocked keyways elucidated above. Damaged keys are to blame for this problem, or maybe the padlock broke for some reason. The best locksmith in Doraville suggests running the tip of your finger over the teeth of the key. If you feel they’ve become smooth or rounded, you’ll know the key won’t work anymore.