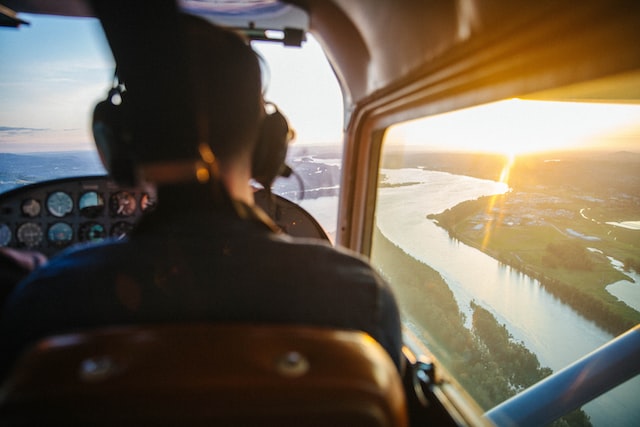 Michael Hsu enjoys taking to the air for the sheer joy of flight. He attended the University of Southern California and completed his degree in Business Administration and Finance in 2013. But, it is one of his most cherished accomplishments to receive his Private Pilot License in 2008 and earn his Instrument Rating in 2010.

Although Michael Hsu made his life in the world of finance, he believes that established pilots can also make a good income by becoming private pilots.

What it Takes to be a Private Pilot

First, in almost all states, you must be at least 17 years of age to become a solo pilot. Michael Hsu suggests you partner with a good aviation school to complete the required book knowledge and in-flight training, which should include at least 40 hours of a combination of daytime and night flying.

Your flight instructor will teach you the skills it takes to take short trips, long-distance flights, and various maneuvers while in flight. Your training will typically end in a solo flight as a final exam.

Now, you should also have been studying to take the knowledge exam portion that will result in you receiving your FAA Private Pilot Certificate (PPL). Many people finish the coursework for their PPL in as little as three months, Michael Hsu explains.

While you cannot make a living with just your private pilot’s license, you can certainly supplement your main income, says Michael Hsu.

How to Make Money as a Private Pilot

With a private pilot license, you are not allowed to fly for money or to be hired as a pilot for another party. A private pilot’s license is simply for the joy of flying and is a great way to get family and friends from the city to the city in no time. But, there are some opportunities to make money with your PPL.

Michael Hsu suggests putting your flight experience to good use by becoming a ground school instructor. This way, you can help the next generation of pilots learn how to fly airplanes safely. Or, you can work for a small aircraft dealership and use that pilot’s license to take customers up in the air while they decide which airplane they want to buy.

If you own a suitable, robust aircraft, you can make money by towing unpowered and ultralight airplanes (gliders) across airports and back and forth into storage.

And finally, if you are flying a group of friends or family back and forth to vacation spots, you can certainly ask them to share the flight costs with you.