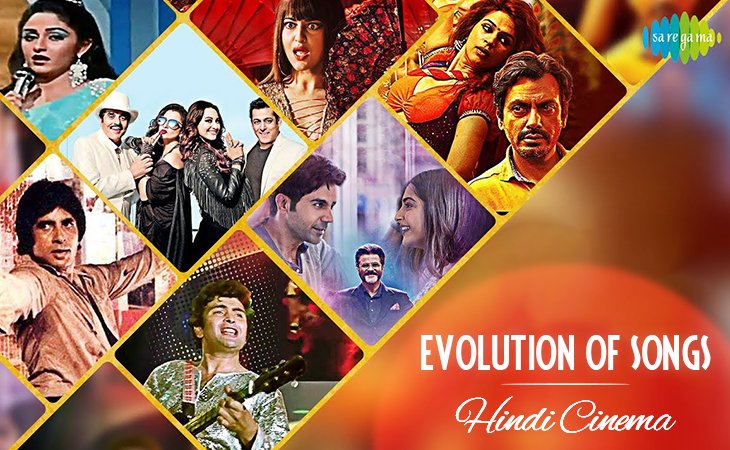 If you want to trace the evolution of cinema in India, look at the evolution of Hindi songs. When sound became an integral part of Bollywood movies, songs became imminent as well. It played a vital role in enhancing the story and expressing the mood of the movie. And it is interesting to note that songs continue to be a resounding success even today. In other words, songs are a mainstay in Hindi cinema, and it will continue to be so in the future.

If you download Hindi songs mp3 from different eras, say 1950s, 1980s and today, you can easily dissect the journey of songs and how they have adapted and changed over the years.

Take, for example, the song picturizations. Remember the old golden hits like Pyaar Hua Ikraar Hua and Awara Hoon where Raj Kapoor weaved his magic with simple walks down the road. Indeed the moves were simple and sombre. Moving forward, by the time you reach the 1960s, song picturizations evolved. Isharon Isharon Mein from Kashmir Ki Kali or evergreen songs Likhe Jo Khat Tujhe in Kanyadan, the impromptu moves around trees sizzled one and all. The chemistry between actors was at the peak enhanced by romantic songs.

By the 1970s and 80s, things changed dramatically. A song now featured professional choreography, exotic locations, dancers and whatnot. Today songs have become standalone features in a movie, more popularly known as item numbers. That is one aspect of songs in Hindi cinema that is noteworthy.

People have always admired and cherished Hindi songs of Bollywood movies since the beginning. In India, irrespective of rural or urban areas, songs are embedded in the consciousness of people like no other thing. Evergreen songs continue to evoke emotions of happiness, sadness, love, romance etc.

It is amazing that you can listen to songs in most of the places in India. You go to a saloon, you can hear Hindi songs mp3 being played. At any premium restaurant, soothing Hindi songs upgrade the experience. What about festivals, parties, and get-together? There’s no occasion in Indian households without Hindi songs. That’s just incredible. But of course, the kind of songs made has evolved and changed over the years.

In the 1930s through 1950s, the earlier Hindi songs were influenced by traditional Indian folk music, especially Punjabi. Legendary composers like Naushad took inspiration from UP’s folk music and composed many super hit songs. Also, the Carnatic and Hindustani music learning paved the way for many composers and singers to shine in that era. Other legends like S.D Burman and Anil Biswas based their songs on Rabindra Sangeet and Bengali folk music. These songs were easily connected with the people and became popular.

There were romantic songs that dazzled the audience. Songs expressed the anguish and pain of people of that era during the time of World War. After the Independence of India, numerous patriotic songs helped in evoking national pride and unity in people and helped in shaping the destiny of the country.

One of the distinct features of these songs was that they were melodious and easy to the ears. The orchestration was simple and was very soothing to the mind and soul. The dialects of Hindi and Urdu mesmerized the audience and expressed deep sentiments. Post-independence, the Queen of Melody, Lata Mangeshkar emerged from the shadows and became the most loved singer of all time.

In the 1950s, the major change in the music industry came in the form of playback singing. It opened the doors for many popular singers like Mohammed Rafi, Asha Bhosle, Manna Dey, and they could use their whole range of skills to make a song beautiful.

The year 1960s and 1970s brought a new dimension to Hindi songs in cinema. The colour movies started to emerge. Romance still was ruling, and songs were equally enthralling. The O. P Nayyar songs with rollicking music, foot-tapping melodies and jubilation brought new energy. Western music had begun to influence Hindi cinema. But at the same time, S.D Burman rose to prominence with many magical hits. Shankar-Jaikishan also made many catchy songs. The uniqueness of a song during this era was the mellifluous lyrics penned. It celebrated the pain, pleasures, beauty and insecurity of men, nature and delved deep into the philosophical world. In other words, everything between life and death was captured in songs. But another leap of evolution was around the corner by the end of the 1970s.

R.D Burman, son of composer S.D Burman got his break in the Bollywood industry. A new wave of youthful music resonated across the spectrum with rhythmic melodies, the latest orchestration, and innovative sound effects. People loved and embraced it wholeheartedly. The western and jazz influence was now visible in the Hindi songs. The iconic singer Kishore Kumar along with R.D Burman changed Hindi cinema with their musical collaborations. The trend continued throughout the 1970s with stars like Rajesh Khanna and Amitabh Bachchan coming to the fore. Songs became aggressive with bits of rebellion and revenge at their center. Loud music replaced melodious tunes and songs. It has to be pointed that songs defined the mood of the generation and aptly expressed their emotions.

In the west, disco started to gain prominence in the 1970s. It took a decade to reach India. The songs like Aap Jaisa Koi Meri Zindagi in Qurbaani became an instant hit. The melody turned into beats, and thus rose Bappi Lahri, the golden man of Bollywood. An interesting mixture of disco, traditional Sufi and psychedelic tunes were introduced. It became a precedent for the future too.

The songs today are the amalgamation of all the different eras of Bollywood cinema. There are, of course, caveats that include electronic music that has found its way to Hindi songs. The essence of lyrics and their meaning is now secondary. But many music connoisseurs believe that songs are meant to change with times, and it has happened. And it’s not stopping anytime soon either.

If you love the superhit Hindi songs mp3 of the golden years of Bollywood, then Saregama Carvaan is the best choice. You can listen to legends like Kishore Kumar, Mohammed Rafi, Lata Mangeshkar, Asha Bhosle, Mukesh, R.D Burman and many more in high-quality sound on Saregama Carvaan that contains 5000 old evergreen Hindi songs for your listening pleasure. 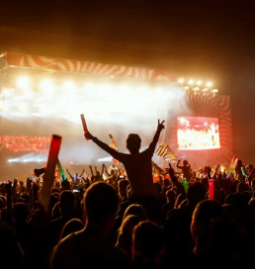 Read More
This fourth largest city in the United states has a lot to offer than we can mention in one article. There are a lot of attractions to be explored by any tourist visiting that city, which is why …

Read More
Sometimes, it seems impossible to save money as an adult. This guide shows you some simple techniques that anyone can use to help save more money.

Read More
The packaging is assisting the retail sector for centuries, it efficiently keeps the risks of damage and contamination away from the products and elevates the resisting characteristics for the products, but when it comes to edibles, the requirements …