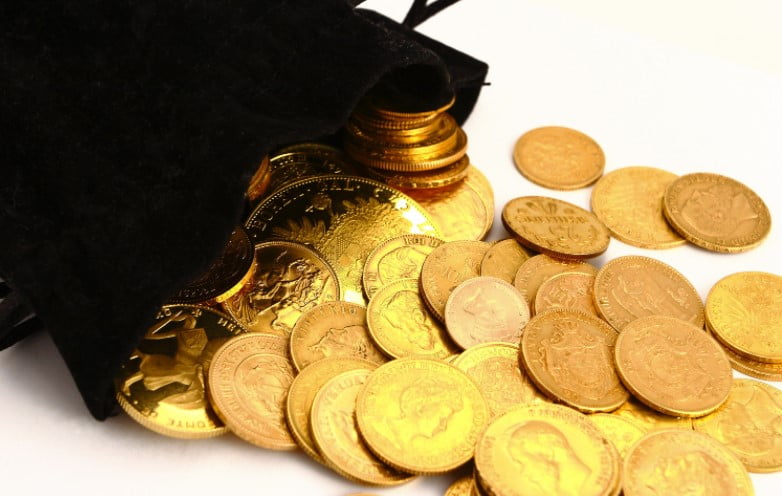 Gold mining is the backbone of the Australian economy. This precious metal has served as a unit of monetary exchange for centuries and you may have wondered why. These are some of the well-known reasons:

Gold bullion coins, even gold stackable bars can be sold in smaller units. Because of this, it is easy to sell bullion that has been broken up into small units. This way, it becomes easy to transport anywhere without losing the value of the precious metal.

China also had gold minted during the Ying Dynasty. The oldest Yuan was minted around the 5th century BCE. The Ancient Greeks also used gold for their coinage.

What are the most valuable gold bullion coins on the market?

The US Gold Eagles are especially popular in their country of origin. They might be easy to find in the US and impossible to find in Asian countries like Singapore or Hong Kong which both happen to be the world’s biggest and best gold buying countries.

South African Krugerrands are 22-karat gold bullion coins that have been for many years. The first Krugerrands were minted 50 years ago but unlike what is accepted as bullion, the Krugerrand has a purity of 91.67% and a weight of 1.1 ounces. For a long time, the coins were legal tender adopted by the mainstream and accepted all over the world.

The Australian Gold Kangaroo also known as The Australian gold Nuggets are the top gold bullion coins that a lot of Aussies buy and sell. These coins change their design every year. They have a purity of 99.99% or .9999 fineness. They were cast in the spotlight for global consumers when the Perth Mint created a one-ton gold coin back in 2011.

Austrian Philharmonics are popular in America but not so much in Asia. Philharmonics can still be sold anywhere in the world however they are less popular than American Gold Eagles which makes them the best bullions coins suitable for internalization because of the U.S insulated and contrarian market.

These coins are regarded as the gold standard of coins. They were introduced forty decades ago as an alternative when the Krugerrand was hard to get. The Canadian Maple Leaf soon became known as the purest gold coin internationally. It is even more respected than coins produced by the US Mint.

Gold bullion coins are an excellent form of gold to have because they hedge against inflation and protect your wealth. Even though they aren’t used in daily commerce, these coins keep their value and are handy to have in difficult economic times. Dealers pay good morning to anyone who wants to sell bullion coins.